Once more the Owls at Oss mere have produced chicks for the opening up of the fishing season at the mere. It was ten years ago that I signed up to join our committee and I can recall one of my first asks: “I want to put a barn owl box up at Oss mere.”

“It will be good for the club to be associated with the survival of a species.” I said. “Great for conservation, and interesting for the members while they fish.” I added. Barn Owls at the time were in serious decline, I had read that there were only a thousand or so birds in the whole of the UK. I was uncertain of those numbers, but it was clear that they weren’t doing particularly well. Approval confirmed, I sought help from Bernard Wright at the Broxton Barn Owl Trust, the box was erected and we have been working together ever since. It seems such a long time ago. There was of course the obligatory wait, nothing took a shine to the boxes, apart from a pair of rock doves and a colony of wasps. White Elephant I thought, but at least we have raised some healthy wasps.

Then in the early summer of 2015, I had a call from John Murphy, one of the Oss mere bailiffs, confirming that he had seen a Barn Owl using the box. Every year since then, the box has shown a brood of two to four chicks and since 2015 it has produced a total of seventeen healthy young. There had been a report of jackdaws using the Barn Owl box this year and that no Owls had been seen, then just like in 2015 John contacted me and told me an Owl had been seen using the box. Joe Cooper, Bernard’s protégé had contacted me earlier in the week to see if the box had been successful and with a return phone call we were underway.

A quick investigation, before removing the chicks for health checks, showed that jackdaws had indeed been at work. The build-up of detritus also included an abandoned Jackdaw egg.

The nest box was so full of sticks it was a wonder as to how the birds had got in to feed their young.

This year the box has produced two healthy chicks. These were ten days apart, judging by their development, and it was thought that there may have been two further chicks that didn’t survive. The two youngsters were weighed, health checked and ringed, with the resultant information being passed to the BTO.

To date, the Oss Mere box has produced seven males and six females with four birds being too young to sex.

To sex a Barn owl, the females have a subtle brown fleck in their underwing.

It’s interesting what ringing the Owlet’s has told us, after four years of the chicks being ringed.

In 2019, an adult yearling female was found in the nest box. She was un-ringed, showing that different gene pools were interacting. 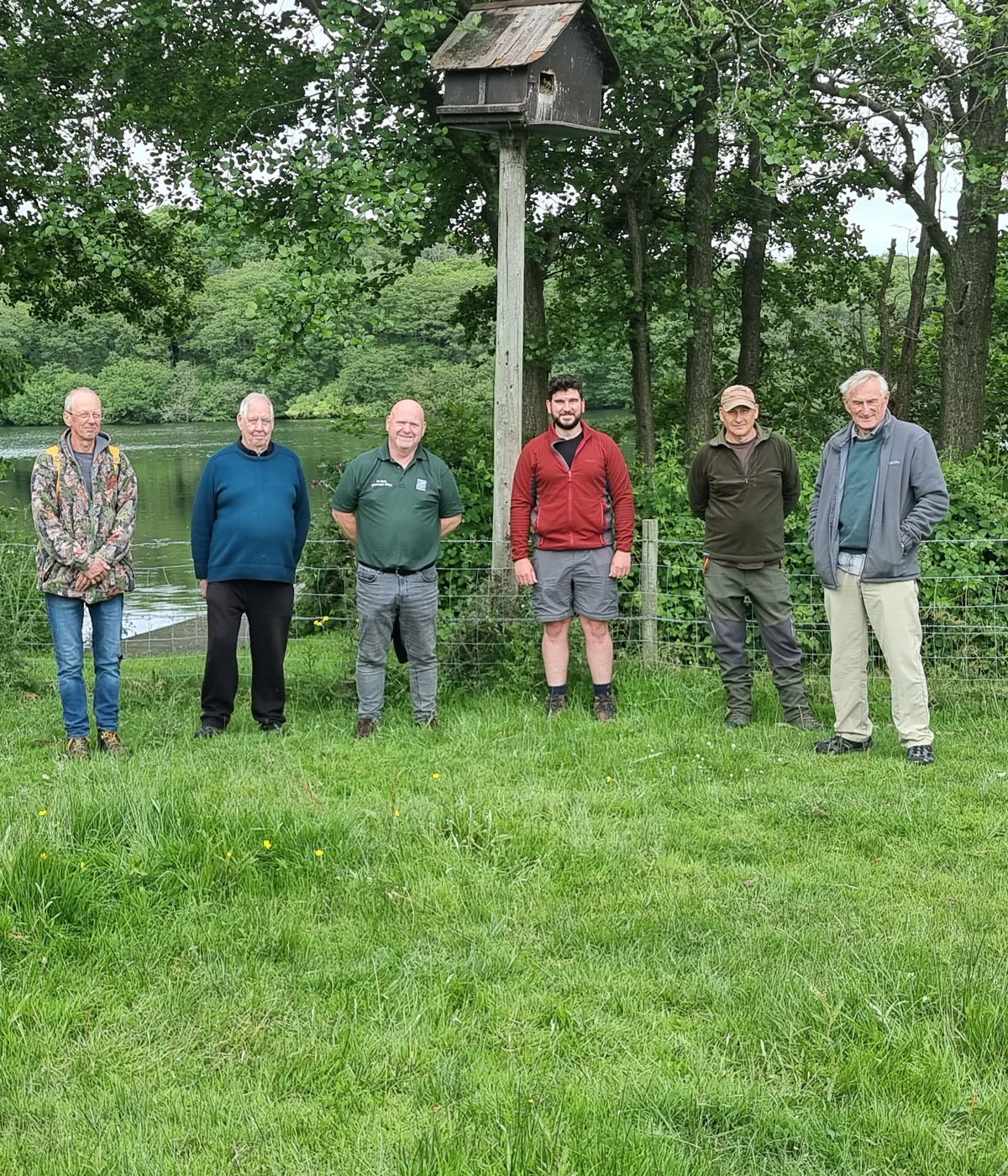 I would like to think that PAAS, its committee and membership, have helped in some small way to improve the chances of the creature that deserves so much more than its association with Harry Potter; a bird that lies deep in the myth and folklore of our nation’s history; a haunting sight to behold on a frosty evening; a ghostly hunter and a bird who’s numbers are now in part due to the angling community steadily increasing.

I would like to thank all involved with the Barn Owl project. It has raised the profile of these birds, the importance of conservation and the positive interaction of angling with its natural surroundings.